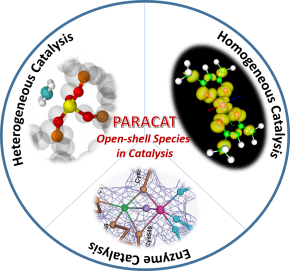 The PARACAT project aims to educate and train a group of 10 Early-Stage-Researchers on implementing advanced spectroscopic methods (Electron Paramagnetic Resonance) for cutting edge research in the field of catalysis. For the first time, this project will comprehensively explore the role of open-shell species in catalysis and at the interface between chemistry, physics, and biology. The program places a strong emphasis on ethical considerations and social reflections to research by combining the scientific expertise of (bio)chemists, (bio)physicists and industrial partners with the input of an ethicist, to support a new generation of scientists capable of tackling the many societal responsibilities as experts in their field.

The overall PARACAT program focuses on the role of open-shell species in catalysis, commencing with a knowledge-based bottom-up approach that integrates homogeneous, heterogeneous and bio-catalysis. The primary goals of the project include

The training program will overcome barriers between traditional disciplines by providing comprehensive tuition on topics ranging from advanced spectroscopic methods, synthesis and property characterization, to quantum chemical modeling, whilst also including a full set of complementary skills. The objectives are therefore to build a chain of knowledge whereby fundamental scientific understanding is translated into practical applications by the synergistic interactions between academic and industrial partners, within an ethical and social context.

A EU-funded European Joint Doctorate to explore the role of open-shell species in catalysis, at the interface between chemistry, physics, and biology.

Pöppl & Chiesa report 17O-EPR determination of the structure and dynamics of copper single-metal sites in zeolites. 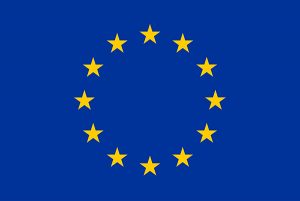